It is really amazing how quickly the body can change from being on top of the world feeling fantastic to completely crumbling at the joints(literally) and falling apart. I just went through the biggest up and down swing in the history of my body.

Last night I jumped on the bike to complete the following workout after completing a great run in the morning before school.

I started off feeling great. I was riding the bike, Amanda was next to me on the treadmill and we had a great game of basketball to watch. I wanted to push my cadence again to continue to work on pedaling at a higher cadence as that is my weakness. I was on the second gear up front and about 3/4 of the way to the small gear on the back. As you can see from the data below I was cruising at my highest cadence yet in a workout in terms of a consistent high rate.

After 20 minutes of warming up and holding this rate of cadence I started the 9 x 1 minute speed interval by cranking to the high gear up front and the second smallest gear on the back. I was feeling fantastic. I kept thinking that this was going to be my best ride yet. I continued to get more and more excited. I was pushing and just felt like I could not push hard enough. This was a wonderful feeling since I felt the same during the run. Look at the data and check out my speeds and cadence. This is a great pace for me. The best I have had to date. 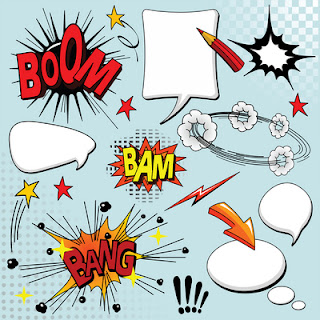 My knee completely went out. I mean it locked up. I could not move it. I was literally stuck on my bike. I could not extend my knee. Right in the middle of pedaling. I was done. I tried to get off the bike and could not. Eventually I made it off the bike and laid on the bed with my knee in a locked position with a throbbing/cramped feeling on the outside of my knee. It darn near brought me to tears. It honestly was the worse pain I have ever felt in my life through all my years of training. I could not walk or move. After about 8 minutes I tried to walk and could  if I kept my knee locked and did not bend it. I had to stop the workout. I had to get up the stairs from my basement and that was interesting. The knee just throbbed like nothing I have felt before. I went straight to bed because standing just made it worse. All night I kept my leg locked straight. I was not very happy. I went from being on cloud 9 with a fantastic start to a workout and instantly being done, perhaps for a while.

I woke up this morning at 4:30 to swim. I could barely manage to get down the stairs, but I did manage to get to the Y. I decided to give the swim a try. I had a tough workout planned and I was mentally drained and frustrated.

Here is my swim workout for today

I started off with the warm up. I made the mistake of pushing off the wall and I about jumped right out of the water. I knew right away that this would make for an interesting workout without pushing off the wall. I took the warm up nice and easy. I found my knee slowly loosening up as I swam as long as I did not completely bend or push off the walls.

I have been reading Zendurance during the workout I really tried to be at peace with the water and use it as an aid and not so much fighting against the water. This worked well until about midway through the 200's when I was tired.

This workout has my arch nemesis - the terrible 200's. I will tell you that I had to muster some serious mental toughness because I just wanted to quit. I was not in the mood for this type of workout and my knee was a perfect excuse to not do them. However, I kept thinking about being tough, being a role model for toughness. Swimming was not going to hurt my knee. There was no pressure on the joint. Really, I had no excuse but my weak mind.

I was able to fight through my mental fog of doubt and complete all 7 under 3:10 for each one. I think one of them was 3:15, but I know the other six were for sure under 3:10. It was great to be done with that set and know I fought through it. These were tough because I was not able to push off the wall. I had to turn and just start swimming with zero momentum.

I moved on to the 8 x 25 sprints. I hit another body hurdle as during the first sprint my right calf cramped(same leg as the knee). It dropped me like a bad habit. I could not touch the bottom of the pool with that leg because it hurt my knee to do so. I finished the swim and just worked out the calf with my fingers. I only had 20 seconds rests so I kept going. Each rest period I just worked out the muscle because it cramped something fierce on each sprint. This was a good test as this is something that could happen in Wisconsin. On the 4th sprint my other calf caught a cramp and I was thinking, "Really? Is this happening right now?"(I will be honest and tell you I had a few more words added in there as I was not real happy at this point)

I was able to finish and move on to complete the kick set and cool down. My knee was throbbing at this point and it was time to call it a day.

I need to get into Kaminski for some treatment, but as my luck would have it they are closed today. I am able to walk, but it does not feel the greatest. I hope it slowly goes away during the day so I can jump back on the bike tonight(I know....stupidity) as I am behind on my training and need to get another bike ride in to stay on pace. I just hope I can get this to go away by Sunday for my triathlon.

GETTING IT DONE! has some highs and lows. It is all about the journey and this is just one more hurdle to overcome.
Posted by coffeechug at 8:33 AM

Aaron having just gone through my own knee troubles I certainly understand where you are at right now. Stay positive and try to find the silver lining in this situation, like mental toughness or maybe you get extra time in the pool. Keep your spirits up and good luck, I hope it turns out to be something minor and your back at it strong again soon.