Yesterday morning I just could not get out of bed. I was not mentally or physically ready to tackle a VO2 max workout with the new numbers from the bike test. So, I planned to just use Thursday as the rest day and do the workout Friday. Well, due to the snowstorm that arrived school was cancelled and I realized that I really had no excuse to not train. 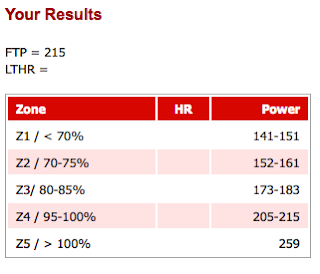 Later in the morning when Ava fell asleep I jumped on the bike and took off. I had to use my new numbers from the recent bike test which you can see off to the side. I was nervous!

My training plan called for

You can see from the data below that I nailed it. I rode pretty well and stayed above the 259 for the 45 second intervals. I felt good about this. 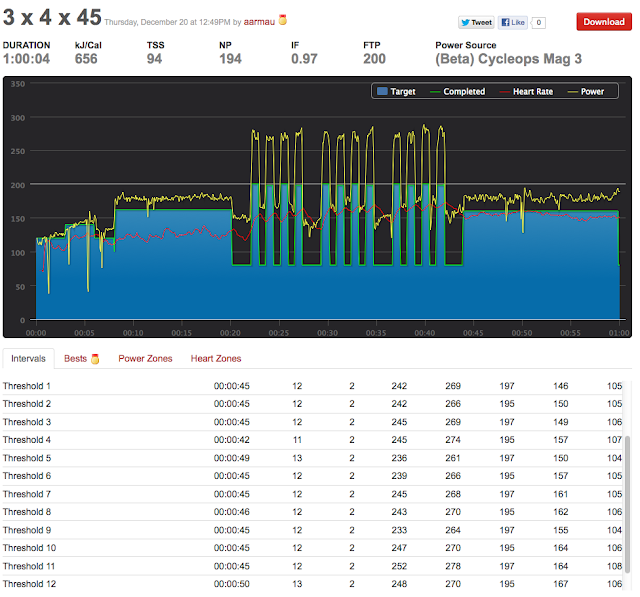 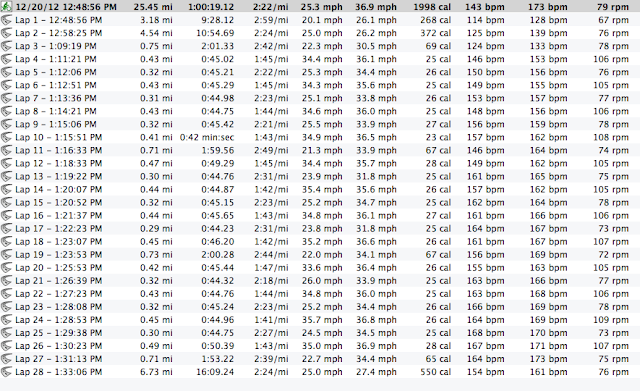 I was going to run right after, but life got in the way with three children home for  a snow day and a to do list a mile long before leaving for holiday travels. The plan was to run outside later in the day when the wind died down.

I was supposed to get in the following run as well

Well, the run never got done. Perhaps it is okay. I don't know. My body was tired from the tests this week and this workout so maybe the weather was an indication to not run. I refuse to run 40 minutes on a treadmill. I planned on going outside, but when I drove out in the storm to pick up a pizza I realized that this was not a smart choice.

After shoveling the driveway, have a snowball fight with my children, eating Christmas cookies, calling my daughter crazy for walking home barefoot in the snow, and cleaning up bath water that my youngest decided to poop in, I called it a day and laid in bed to watch Charlie Brown.

Today is a rest day. Tomorrow is another day back at it and I will hit the roads Sunday before driving to Indiana.

Posted by coffeechug at 9:10 AM